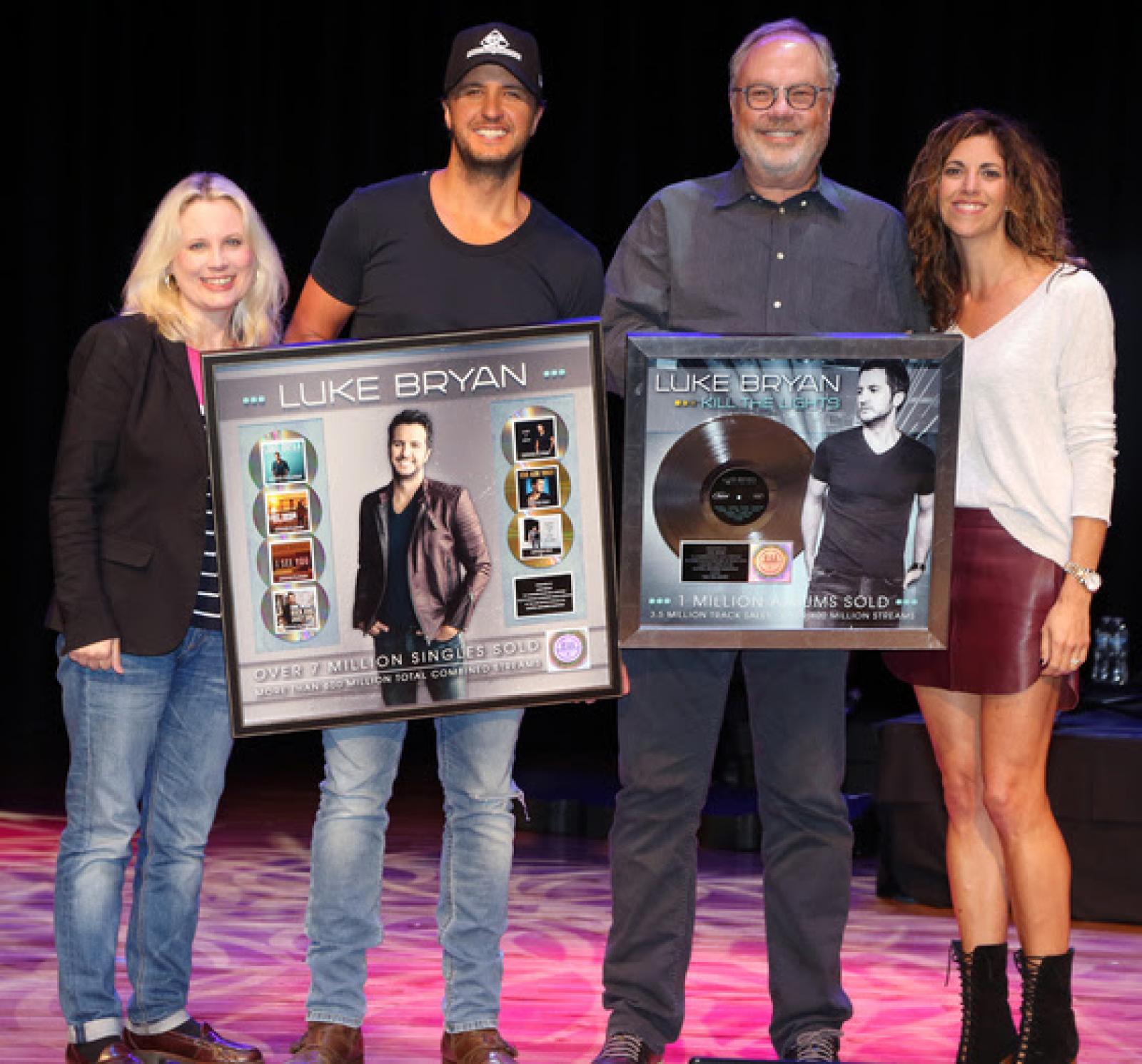 Luke Bryan celebrated seven consecutive #1 singles at the Country Music Hall of Fame today with a party and a performance. Luke along with each songs writers acoustically performed all of the #1 hits.

At the close of the performances, Mike Dungan, UMG Nashvilles Chairman & CEO, surprised Luke with two sales plaques- one commemorating the seven #1s have sold over 7 million tracks and over 600 million total combined streams and the second is the official RIAA Platinum certification of Kill The Lights album including 3.5 million tracks sold and over 400 million streams.

Luke is currently nominated for two CMA Awards as Entertainer of the Year and Vocal Collaboration with Karen Fairchild for Home Alone Tonight, one of the above #1 hits, and also for two American Music Awards as Favorite Male Artist-Country and Favorite Album-Country for Kill The Lights.