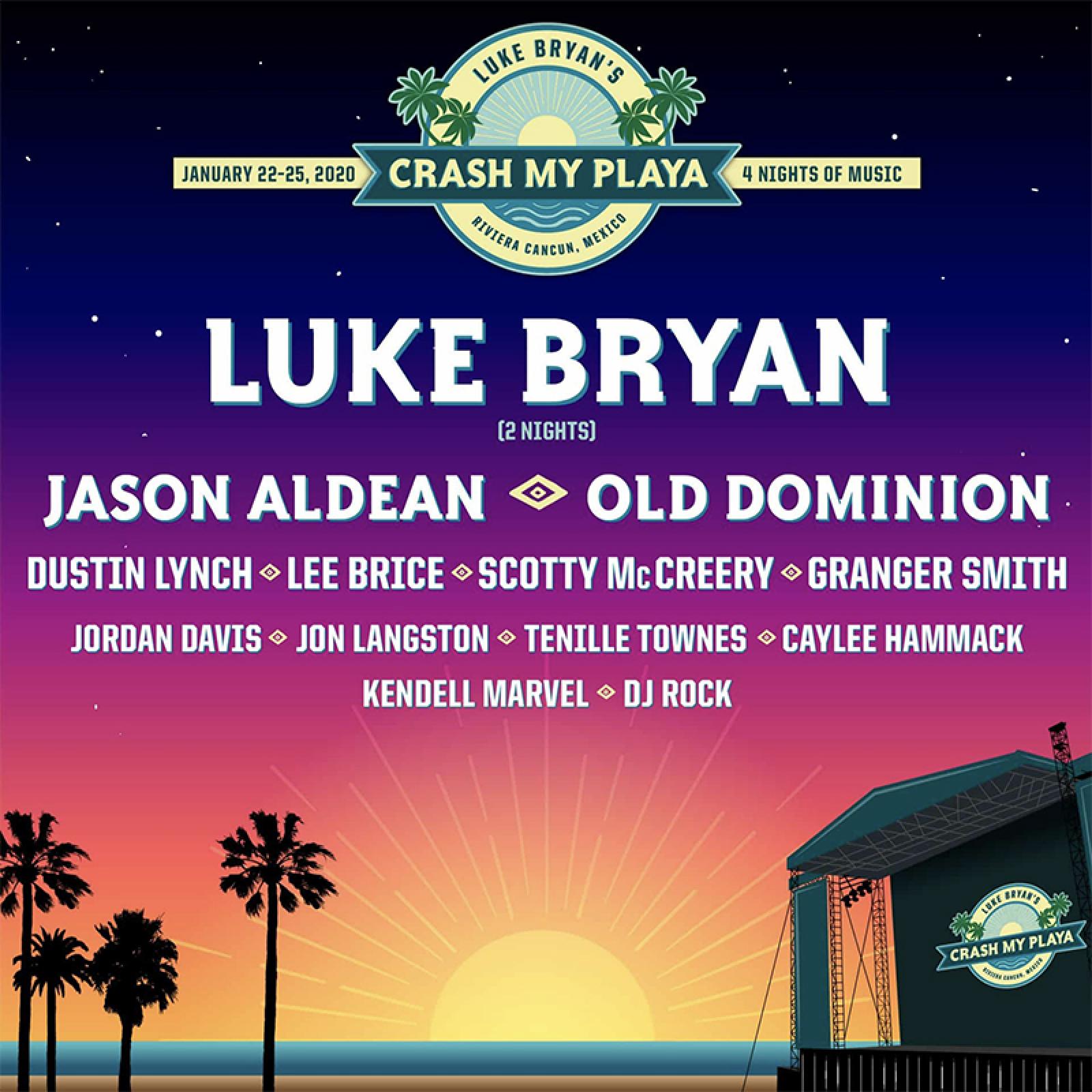 Artist announce video
Crash My Playa Photos
Crash My Playa Spotify Playlist
As the calendar moves closer to Thanksgiving Luke Bryan fans have a little more to be thankful for and look forward to as the final line-up of performers for his CRASH MY PLAYA 2020 was announced today. The SOLD-OUT destination concert event in the Riviera Cancun region of Mexico is in its sixth year will take place January 22-25, 2020. Newly announced performers include headliner Old Dominion as well as Lee Brice, Scotty McCreery, Granger Smith, Jordan Davis, Jon Langston, Tenille Townes, Caylee Hammack, Kendell Marvel and DJ Rock.
As previously announced, Luke will headline two nightly concerts and Jason Aldean, making his debut at PLAYA, will headline one night. Also, Dustin Lynch returns as the only artist who has appeared all six years of the event.
CRASH MY PLAYA 2020 will be hosted at just one resort for the first time in 2020 at the Moon Palace Cancún. From sun-up to sun-down, the resort sizzles with energy and is ranked amongst the best in the region on TripAdvisor. This oceanfront sanctuary offers a vibrant spectrum of magnificent rooms, all-inclusive food and drink, 24-hour concierge service, relaxing pools, on-site restaurants, and bars, as well as plenty of activities on both land and sea, including offsite adventures to Isla Mujeres, Rio Secreto, and Chichen Itza.
For more information about CRASH MY PLAYA 2020 visit: www.crashmyplaya.com
Back To News