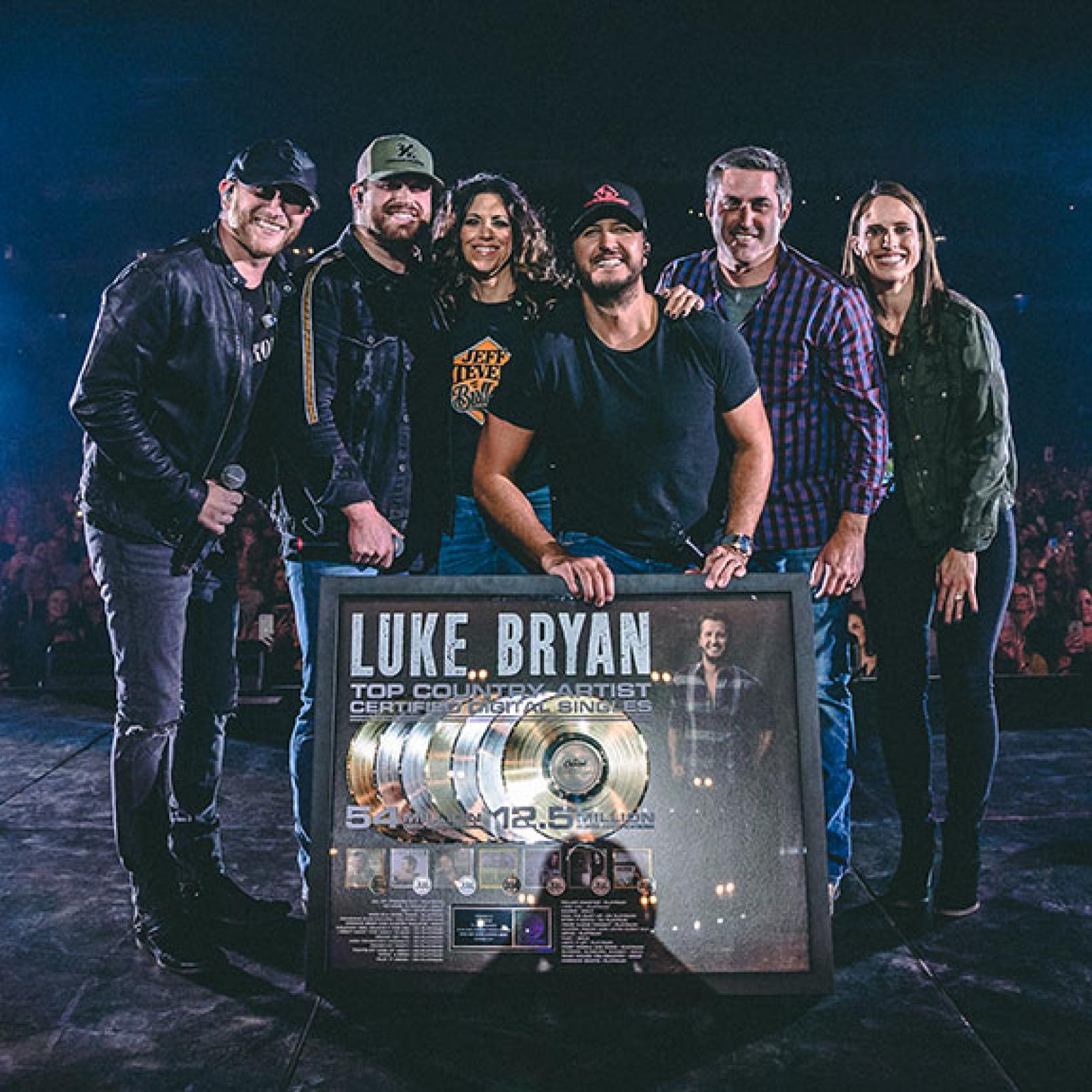 Click HERE for a video highlight with band and crew of the final "Sunset Repeat Tour" date.
On stage at Ford Field Cole, Jon, Luke's manager and record label presented with a new music plaque signifying his continued domination in the format with more RIAA certified digital singles than any other country artist with 54 million digital singles, 12.5 million albums and seven billion streams.
"This year on the road has been one of the best of my career," shared Luke. "Having three of my closest friends join me on stage each night will be hard to beat. I am so proud of them and the careers they continue to build. When they surprised me onstage Friday night with that plaque I was blown away.  My fans continue to make this journey more than I could ever imagine. I am so thankful."
The "Sunset Repeat Tour" opened in May playing for 50,000 fans its first weekend and was hailed as one of the best summer tours of the season. Luke, the 'consummate showman' as touted by the Boston Globe, played over 40 shows this year including his 11th annual "Farm Tour" which will wrap with its final date Oct. 30. The tour was featured on NBC’s TODAY Show and the Macy's Fourth of July Fireworks® Spectacular.
Luke has a new single at radio with "What She Wants Tonight," written by Luke, Ross Copperman, Hillary Lindsey and Jon Nite and produced by Jeff and Jody Stevens. The single is the follow up to his 23rd career #1 single "Knockin' Boots" and is the second release from an upcoming studio album. Watch the "What She Wants Tonight" video HERE and get the single HERE.
During an Opry performance last week, Luke was surprised onstage by the Academy of Country Music announcing him as the first-ever recipient of the ACM Album of the Decade Award for his 2013 four-time Platinum selling album Crash My Party. The ACM Album of the Decade Award recognizes an album that has impacted country music over the decade. The factors to be considered are, but are not limited to, the success at radio of singles released from album, album concept, commercial media, sales and streaming, artistic merit and ACM Award recognition.
Back To News