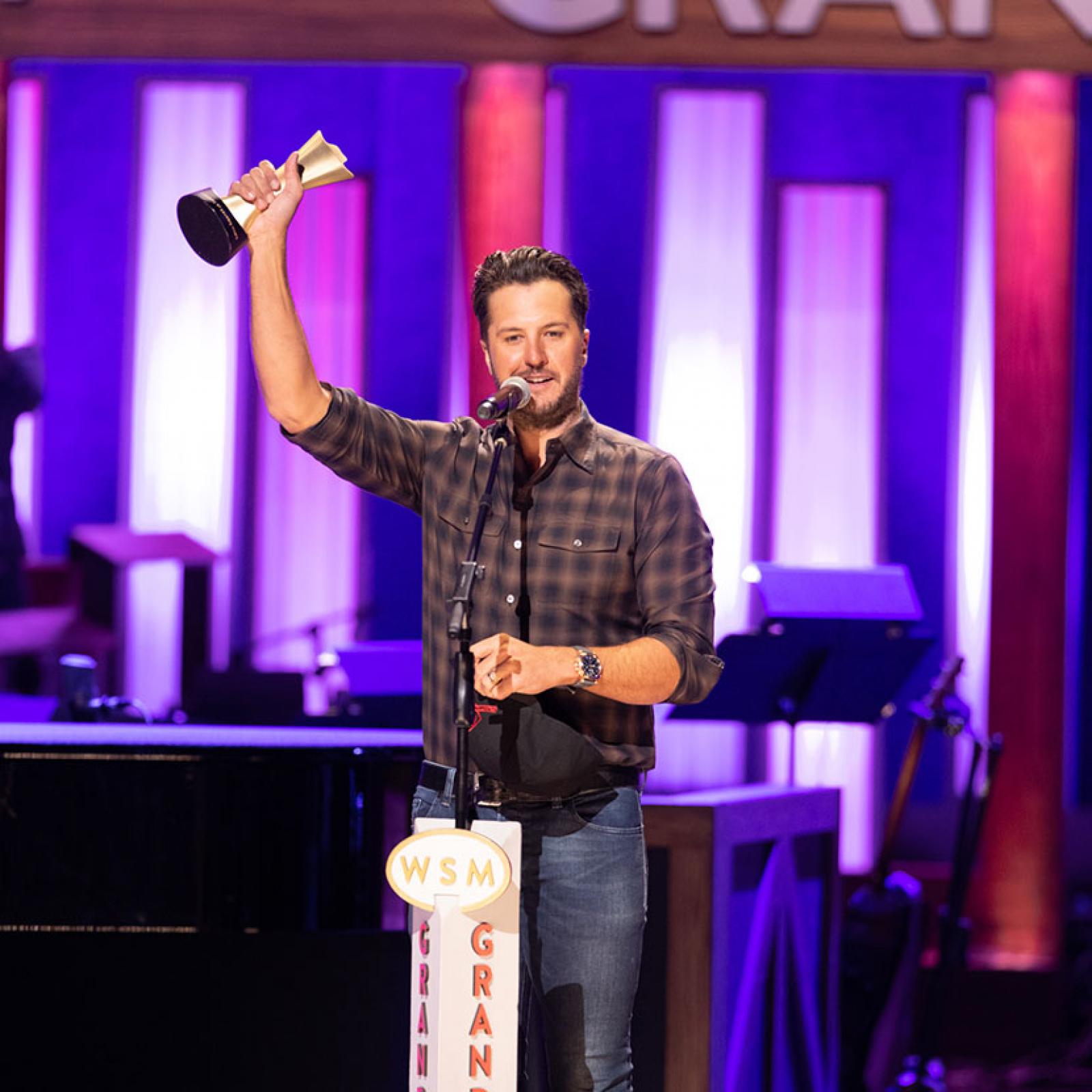 Luke Has A Memorable Night at the Grand Ole Opry

Luke Bryan planned a special acoustic set for his appearances as part of the 11th annual Opry Goes Pink tonight at the Grand Ole Opry. Luke began each of the two sold-out shows "flipping the switch" on the signature barn turning it pink to raise awareness for the fight against breast cancer. During his first Opry show performance, Luke was surprised with a special presentation by the Academy of Country Music's RAC Clark naming him the first-ever recipient of the ACM Album of the Decade Award for Crash My Party.
“‘Crash My Party' was such a life changing album for us,” shared Luke from the stage of the Opry. "We didn’t know it at the time, we were just loving making music for you guys. It blew my mind the love and support we had from the fans. It’s so fun getting to do this. Thank you to my producer Jeff and my record label and management for sharing this experience with me tonight!"
The ACM Album of the Decade Award recognizes an album that has impacted country music over the decade. The factors to be considered are, but are not limited to the success at radio of singles released from album, album concept, commercial media, sales and streaming, artistic merit and ACM Award recognition.
Luke's four-time Platinum selling album Crash My Party, produced by Jeff Stevens, was released in 2013 and firmly planted his career as a superstar entertainer. Crash My Party was the largest sales debut for a country male artist since 2004, selling nearly 530,000 albums its first week and debuting at #1 on the Billboard 200 and the Country sales chart. The album went on to sell over four million copies and contains six consecutive #1 singles, "Crash My Party," "That’s My Kind of Night," "Drink A Beer," "Play It Again," "Roller Coaster," and "I See You."
Back To News