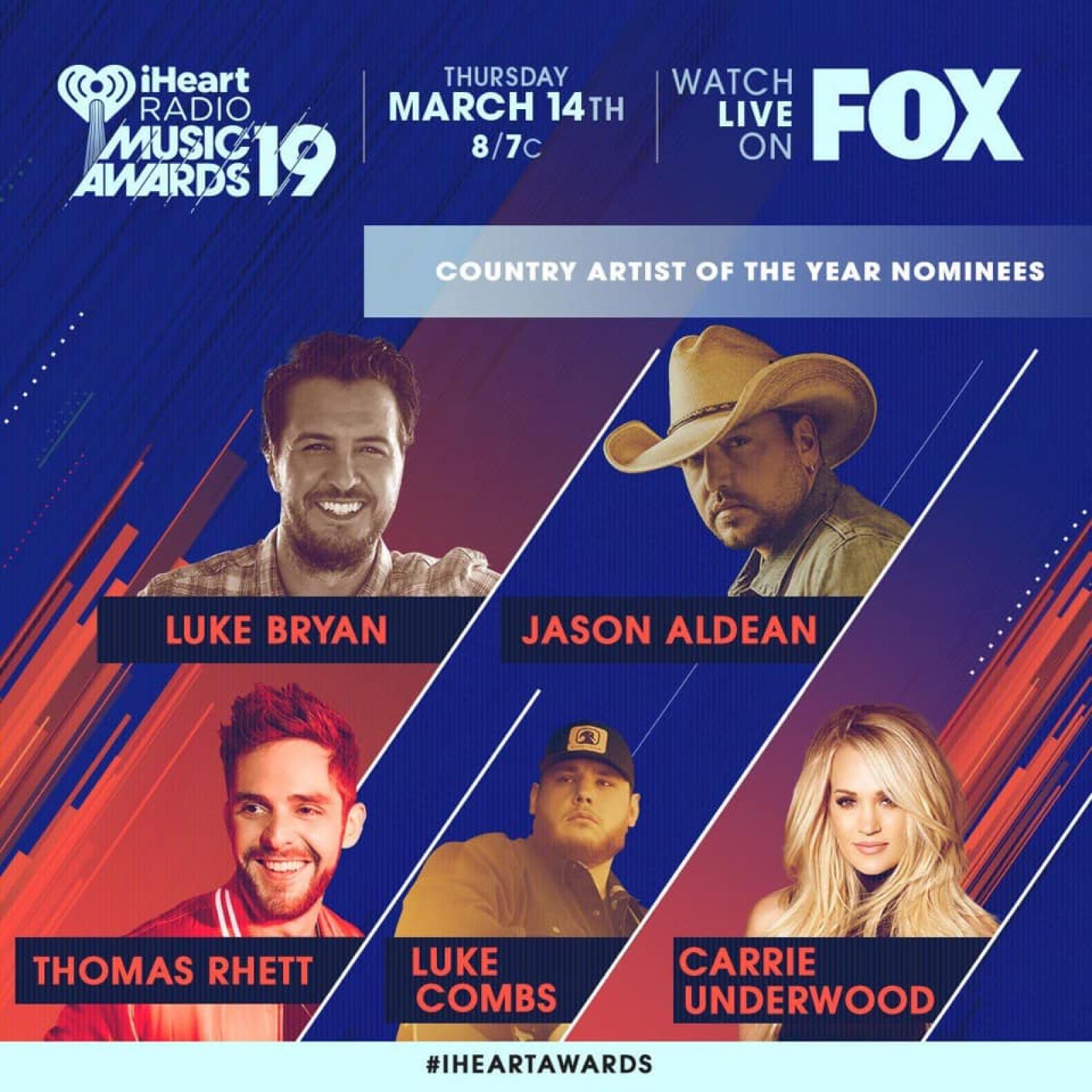 Awards season 2019 is officially here and the iHeartRadio Music Awards will arrive before you know it! The annual awards show, now in its sixth year, is set to take place on March 14th live from the Microsoft Theater in Los Angeles, and will celebrate the most-played artists and songs on iHeartRadio stations and the iHeartRadio app throughout 2018 ... and the nominees have finally been revealed.

Luke received two nominations - Country Artist of the Year and Country Song of the Year for "Most People Are Good."

Here are the rest of the nominees for those categories:

Country Artist of the Year:

Country Song of the Year:

“Most People Are Good” - Luke Bryan