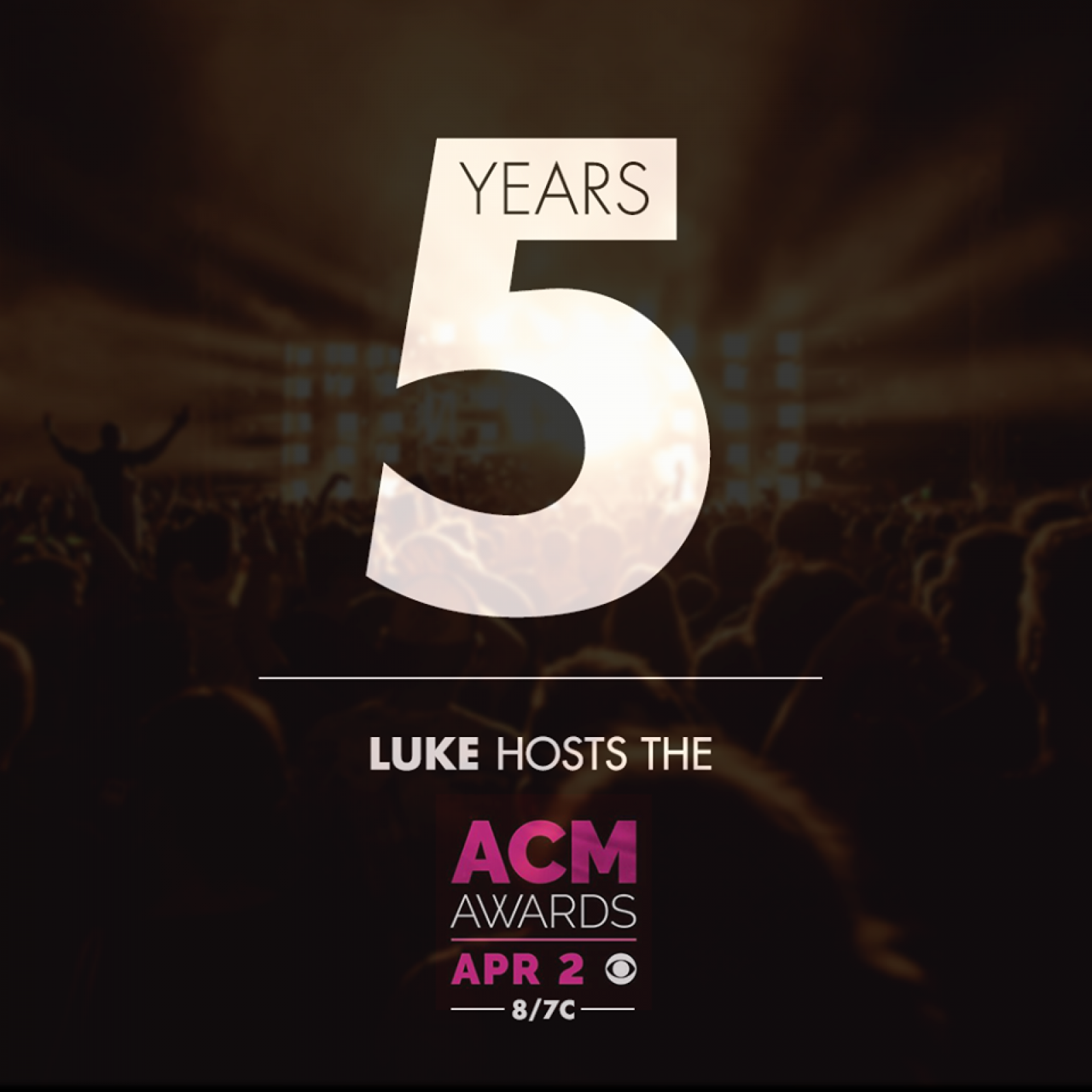 Luke Bryan and Dierks Bentley have been tapped to host the awards show airing on April 2. The announcement was made during a commercial that aired during the 59th annual Grammy Awards on Sunday (Feb. 12).

2017 marks the fifth year Bryan assumes the helm as host; its the second time for Bentley. The two co-hosted the show together in 2016, and Bryan spent three years co-hosting with fellow country superstar Blake Shelton prior to that.

When Bryan and Bentley hosted the show together in 2016, they admitted they were careful in the planning process when it comes to poking fun at their friends. Theres that fine line of just the right taking it too far but not being un-classy about it. Its obvious youre just roasting and joking with them a bit, Bryan says.

The nominees for the 2017 awards show are set to be announced on Thursday (Feb. 16) by Lady Antebellum during the 8AM hour on CBS This Morning, with more announcements via Nancy ODell and Kevin Frazier on Entertainment Tonights official website immediately following the trios announcement. Performers for the 2017 ACM Party for a Cause leading up to the main event include Kelsea Ballerini, Chris Stapleton, Jake Owen and more.

The 52nd annual ACM Awards broadcast live from the T-Mobile Arena in Las Vegas on Sunday, April 2 at 8PM ET on CBS.