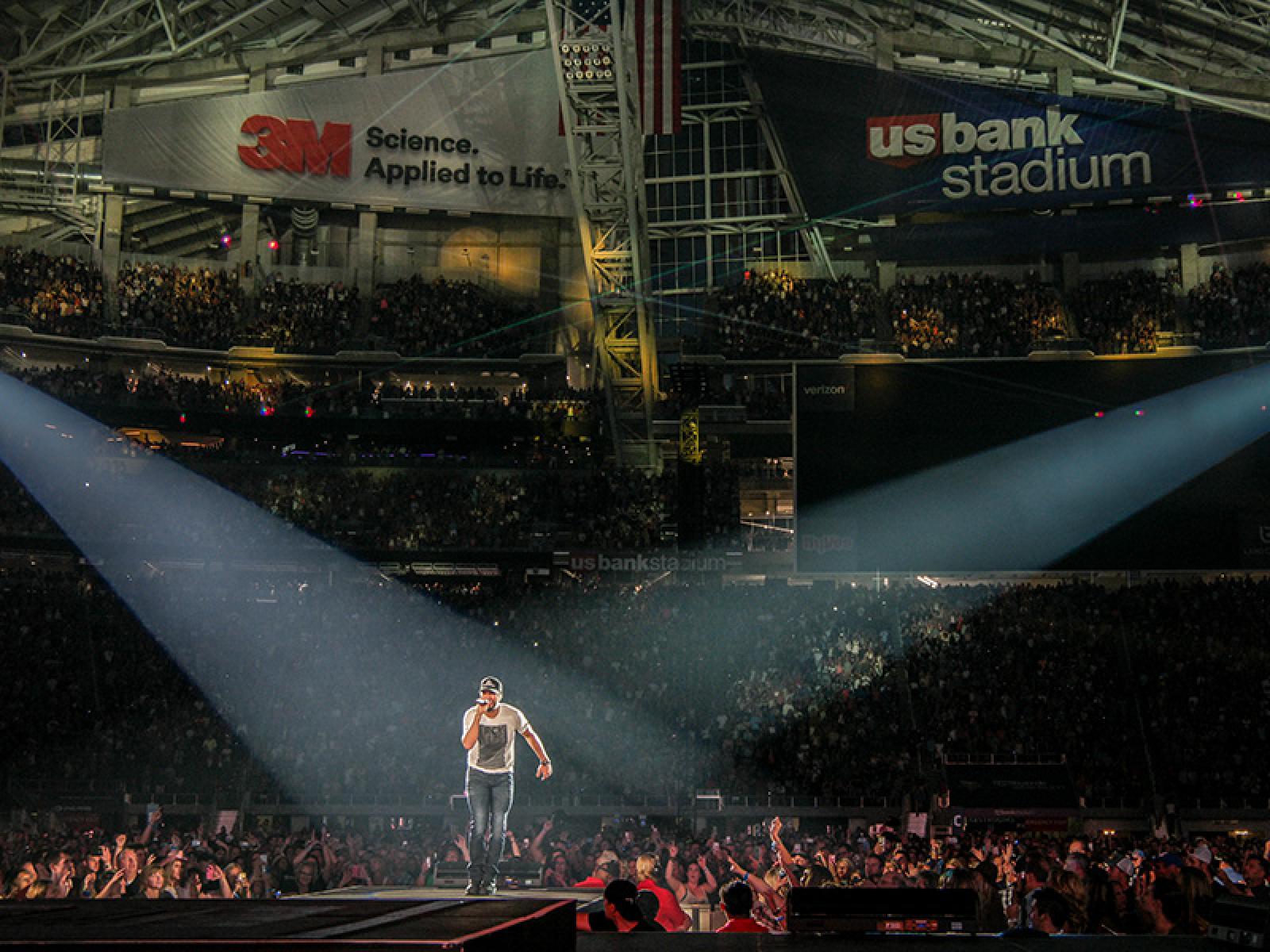 Luke Bryan Dominates With a Sell-Out at His Second Stadium Appearance of the Summer U.S. Bank Stadium - Minneapolis 50,000 in At 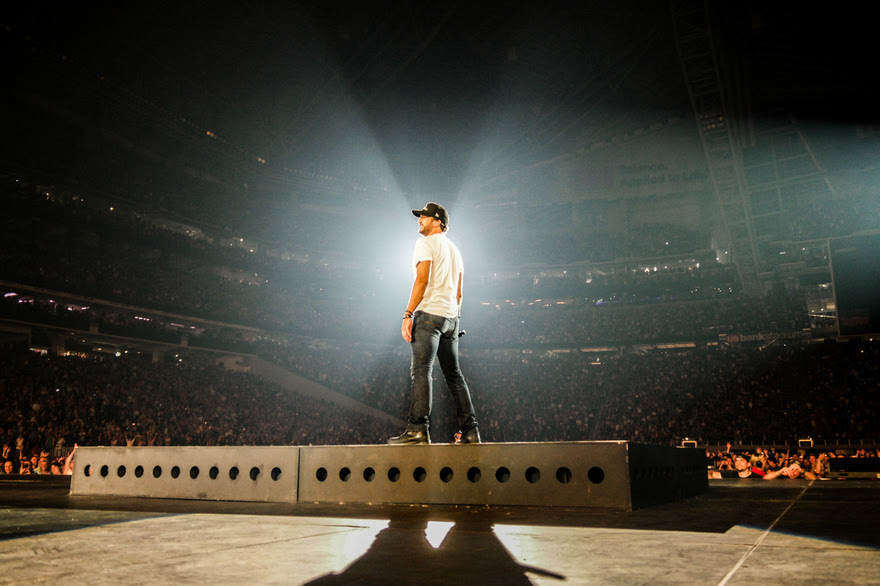 This past weekend, reigning CMA Entertainer of the Year, Luke Bryan made history by being the first artist to play at U.S. Bank Stadium in Minneapolis, MN, the new home of the NFL’s Minnesota Vikings. The sell-out crowd numbered 50,000. View an excerpt from the show HERE.

Bryan will continue to reign this coming weekend when he plays his first ever show at the iconic Wrigley Field in Chicago, home of the Chicago Cubs and it is SOLD OUT!  Other stadium dates include AT&T Stadium in Arlington, TX on October 22 and he closes the tour on October 29 with a return to Ford Field in Detroit, MI.

For information on tickets go to www.ticketmaster.com. Citi is the official credit card of the Kill The Lights Tour. Live Nation is the national tour promoter.

The Kill The Lights Tour is in promotion of Luke’s Platinum-selling, No. 1 debuting Kill The Lights album which became the best-selling country album of 2015 and the 10th biggest selling album on the all-genre Billboard Top 200 Year-End list. Kill The Lights contains four consecutive No. 1 singles, “Kick The Dust Up,” “Strip It Down,” the two-week No. 1 single “Home Alone Tonight” featuring Karen Fairchild of Little Big Town and most recently “Huntin’, Fishin’ and Lovin’ Everyday.”

Dates and Cities subject to change

Since the debut of his first album in 2007, Luke has placed 16 singles at No. 1 and sold nearly eight million albums with 30 million digital tracks from his five studio albums. He has twice been named Entertainer of the Year by both the Academy of Country Music and the Country Music Association. His fifth studio album, Kill The Lights, debuted at No. 1 on both the Billboard Top 200 (his third to do so) and Top Country Albums charts and closed 2015 with the best-selling country album of the year and the 10th biggest selling album on the all-genre Billboard Top 200 Year-End list. In Luke’s stellar 2015 year, he performed for 1.5 million fans in concert, had three albums on the Top 15 Year-End Country Albums list- Kill the Lights (#1), Spring Break…Checkin’ Out (#10) and Crash My Party (#15), was the most streamed artist of 2015, placed six songs in the Year-End Top Country Streaming Tracks list, had his own exhibit at The Country Music Hall of Fame and Museum (“Luke Bryan: Dirt Road Diary”), performed live during halftime at the Dallas Cowboys game on Thanksgiving and wrapped up the year with a live Times Square performance on ABC’s “New Year’s Rockin’ Eve.” Luke recently co-hosted the ACM Awards for a fourth consecutive year and is performing in venues and stadiums across the U.S. on his “Kill The Lights Tour” through this fall.

For up to date information on Luke, the tour and tickets go to www.lukebryan.com or www.livenation.com.