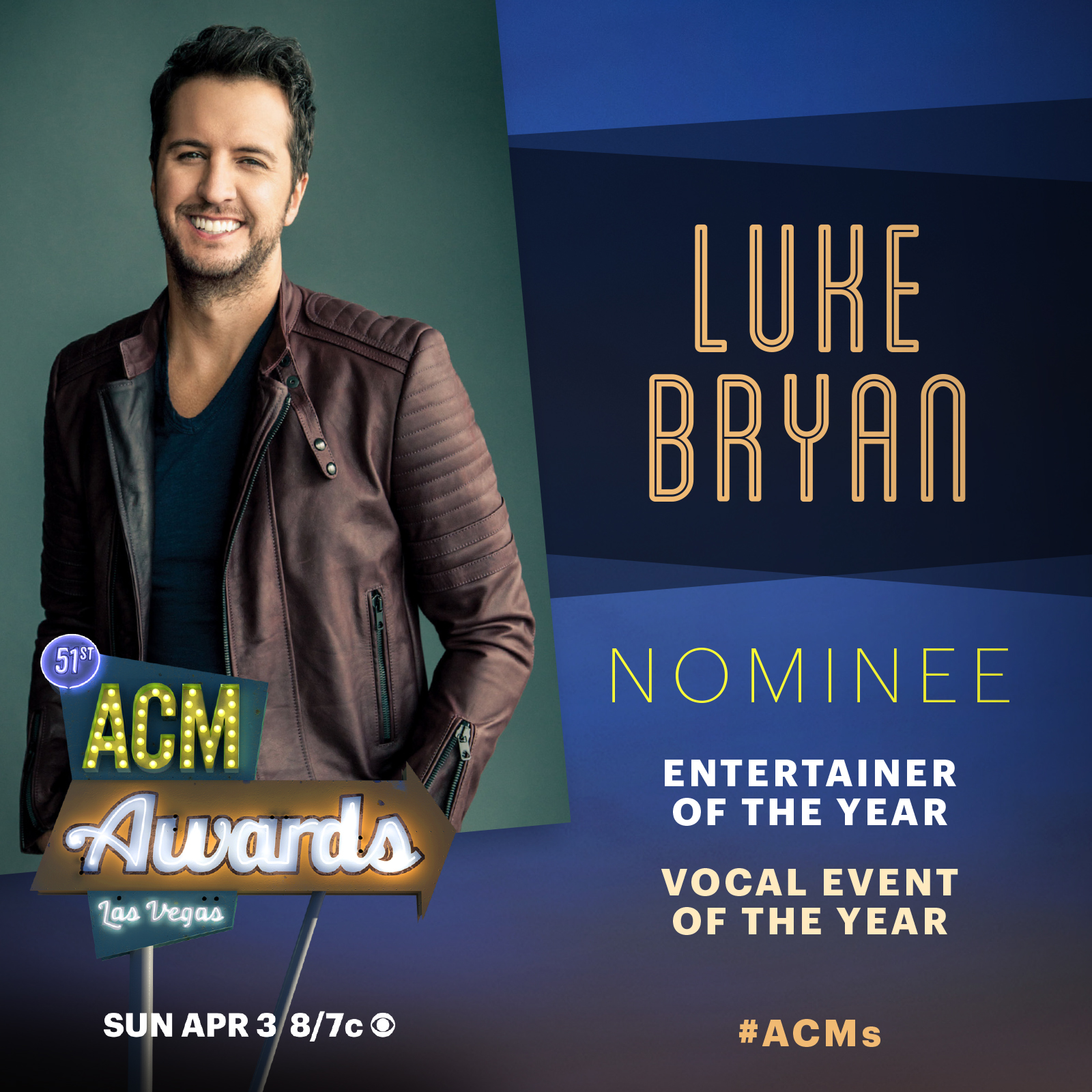 In addition to his role as host of the 51st ACM Awards, today it was announced that Luke Bryan has been nominated for Entertainer of the Year for the fourth year in a row. Luke also received a Vocal Event of the Year nod for his AMA performance of Home Alone Tonight featuring Little Big Town's Karen Fairchild.